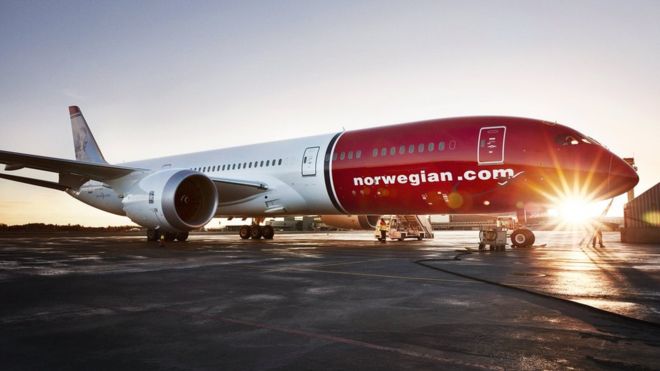 The low-cost airline Norwegian Air has cancelled 25% of their U.S winter flights to Europe. Norwegian Air has been operating since 1993 and is a fast-growing European carrier. Norwegian is currently flying to 19 different locations in the US, but that is about to change. Norwegian Air recently announced that they are cancelling 25% of their flights to the U.S for the winter season. From the end of October this year, ten routes between the U.S and Europe will be suspended for the season. New York will lose two departures but the worst affected will be Los Angeles (LAX), where they are suspending three routes. Last winter, Norwegian Air operated 150 flights per week, this year that number will be 113 flights per week. The route that will affect us Swedish Philadelphians the most is the route from our neighbouring New York (JFK) to Stockholm (ARN), that has been suspended for the winter.
​
So why is this happening? And why now? Well, despite recording record passenger number in 2018, the long-haul expansion is hitting Norwegian Air’s balance sheet hard. The flights to the U.S from Europe are simply not profitable enough. The pretty recent grounding of Boeing 787 MAX aircraft hasn’t helped either since Norwegian Air has 18 of them. According to Kjos, who recently stepped down as the CEO of Norwegian Air, the grounding has cost the airline 58 million dollars.

If any of these routes will return for the 2020/2021 season is not yet known but given the shift in strategy by Norwegian Air, these suspended routes could mean that Norwegian is looking elsewhere, and away from the United States.
Scandinavians who are looking for an affordable way to visit relatives or Americans eager to see Europe will now have to look elsewhere, at least for now.

Get in touch with us: