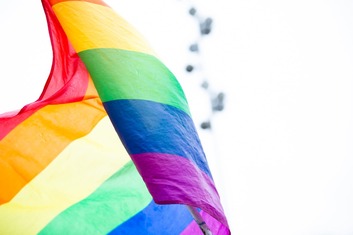 On June 9th, Philadelphia lit up in all the colors of the rainbow for the annual Pride parade. The first official pride parade in Philly was organized in the 1980s and is now attracting over 25,000 people each year. This year, Pride is particularly meaningful around the world because 2019 marks the 50th anniversary of the Stonewall riots in New York that ignited what we now know as the Pride Parade. The first official Pride Parade in Stockholm took place in 1998. This year it takes place on August 3rd and with around 50,000 participants and over 500,000 people in the audience, it is the biggest Pride Parade in Scandinavia. In addition to the Stockholm Pride Parade, there are organized parades in more than 60 other cities in Sweden each year.  Sweden is one of the worlds most gay-friendly countries and for decades the swedes have led the way to a more open and accepting world. The last decades, Sweden has taken important steps and decisions to ensure that the LGBT community can enjoy the same opportunities and rights as everyone else.

Some of the most recent laws passed in Sweden:
2003: Adoption rights for gay and lesbian couples.
2005: Insemination rights for lesbians.
2009: Gender-neutral wedding laws.
​2011: Prohibition of discrimination based on sexual orientation added to the Swedish constitution.