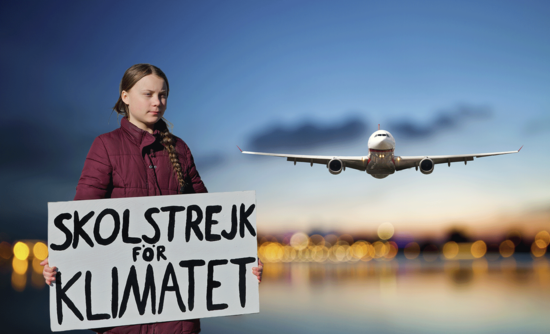 Last month, the youth of Philadelphia could be seen striking in the center city as a part of the global climate strike started by Swedish youth activist Greta Thunberg. Some Swedish airports have now reported a decline in travellers, which some activists attribute to the “Greta effect,” and the growing “flight shame” movement that started in Sweden.

Sweden is a somewhat odd place to emerge as the leader in flying shame and staying on the ground: It’s not the country with the most air travel or the highest per capita emissions. But in recent years, Swedish celebrities started pushing the idea into the mainstream. In 2015, Swedish Olympic biathlon gold medalist Björn Ferry committed to stop flying. Then in the fall of 2017, 10 Swedish celebrities published an article about deciding to no longer fly.

In 2018, the Swedish government began debating a tax on flying, and more national celebrities began to weigh in against air travel; the renowned Swedish writer Jens Liljestrand published a well-read article with the memorable title “I’m fed up with showing my child a dying world.”